GBB remains committed to providing a fully functional quality customer service throughout the difficult period ahead.

All staff have been briefed fully on safety issues affecting work colleagues and the company is confident that barring minor disruptions it is able to assist clients in operating ‘business as usual’.

All desktop and appraisal products are unaffected by any restriction, current or future.

Whilst we are following Government advice and our people are working from home, our phone lines are fully operational. However, please use email where possible – we can call you back if needed.

We thank you for your co-operation.

GBB (UK) Ltd is a market-leading firm of forensic collision investigators and engineers. We offer expert advice in all types of motoring matters. We serve an impressive list of clients including The Ministry of Justice, major insurance companies, leading law firms and police forces. We have a reputation for providing authoritative and independent research, assistance and advice.

To apply for this position please send your CV by email to, Mr Matthew Stansfield, at:

GBB are looking for field-based collision investigators to join our growing team.

As a Forensic Collision Investigator and Court expert you will be expected to consider documentation and instructions from the relevant Principal, in order to undertake forensic examination of vehicles or carry out a paper/desktop analysis. You will take images/photographs to illustrate relevant issues and to produce scientifically accurate, logical, concise reports.

Part of your responsibilities will include management of files, joint statements and CPR Part 35 questions in accordance with company policy; liaise with external agencies; and to attend court or conference with counsel when required. A full list of your key responsibilities can be made available upon request.

Ideally, you will be either from a Police Collision Investigation background or educated to BEng or BSc level in an engineering or physics based subject, have outstanding communication skills, and be self-motivated and well-disciplined. You must hold a valid driving licence and be confident with working autonomously.

If you wish to apply for a position within this growing company, please forward your CV by email to Matthew Stansfield  – [email protected]

GBB evidence has been described as “instrumental” in securing multiple convictions following a lengthy investigation by Derbyshire Constabulary.

Between 2011 and 2013 Crash for Cash gang members made personal injury and vehicle damage claims costing more than £250,000.

Following the convictions, GBB were contacted by DC Andrew Small who said “Your help and assistance was invaluable. Your staff, past and present, were consummate professionals and I have no doubts the reports produced by your company were instrumental in the Jury making their decision.”

How Does It Work

What Could It Tell You

Using the fault codes generated by component failure occurring in an accident, the download can provide information relating to the following areas:-

In a recent case at Wandsworth County Court, the Claimant claimed that a Range Rover reversed into his stationary Piaggio scooter and caused extensive damage.
The claim was disputed by the driver of the Range Rover who said that it was the scooter that had driven into the rear of his stationary vehicle.
The insurers of the Range Rover, faced with a claim of over £86,000, instructed solicitors who, in turn, instructed GBB.
GBB’s Ronnie Trivett, inspected the Range Rover and considered images of the Piaggo and, though he noted a number of concerns with the scooter, he could not discern between the two events: the damage could have occurred from either driver’s account.
An alternative expert, instructed by the representatives of the Claimant, disagreed. The expert believed variously that the damage showed the Claimant was correct and the Range Rover must have reversed into the Piaggio. A lengthy joint statement was produced: The Claiamnt’s expert being certain that the scooter was stationary and on its stand, Ronnie Trivett maintaining that either event could be correct.
(Interestingly, The Claimant’s expert offered an explanation that a disparity in mileages for the scooter could have been caused by a broken speedometer, a postulation he came to distance himself from when Ronnie pointed out that a broken speedometer would have rendered the scooter unfit for use!)
On 5th December 2017 the matter- including the forensic engineering evidence- was put before District Judge Parker sitting at Wandsworth CC. Judge Parker held that the claim was fraudulent, the claimant’s evidence having included a high degree of inconsistency and embellishment, and that the entire claim was “fundamentally dishonest”.
The claims were dismissed and a cost order made in favour of the Defendant. Via a non-party costs application the accident management company behind the hire claim paid the entirety of the assessed costs of the proceedings which resulted in “a very substantial recovery by the Defendant’s insurers.”

A rider was seriously injured when his motorcycle ploughed into the side of a Kia motorcar that turned across his path – and GBB were asked to investigate.

The Defendant told police that she believed the road was clear when she turned right into a showground entrance. However, before the turn was complete her vehicle was struck in the nearside by the Claimant and his Yamaha who had been travelling in the opposite direction.
As a result of the smash The Claiamnt, who sustained broken ribs, broken limbs and a ruptured spleen, subsequently launched a claim against The Defendant and her insurers.
The insurers instructed GBB and our Dr Rick Ellwood conducted the investigation. He laser scanned the site but was unable to examine the vehicles.
Analysing police scene evidence and his site survey Dr Rick’s concluded that:
GBB were recently told that the Claimant’s claim – described by the insurer as ‘significant’ in value – had been dropped entirely.

A report by a GBB forensic expert has “swayed” a judge in a recent court case and was “essential to the Defence”.

The GBB evidence provided led the judge to find in favour of the Defendant and throw out the Claimant’s injury claims.

Our expert wrote a forensic examination report back in March 2012 after it was claimed that a Mercedes Benz was being driven along a road when the wheel subsequently became loose, causing the driver to lose control and crash into a hedge, leading him to sustain injury.

If the wheel had come off as reported, upon examination, the expert would expect to see distinctive damage to the lower suspension components as they contacted the road surface. 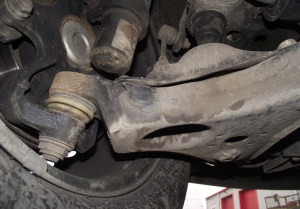 There would also be an expectation of grinding and gouge marks to the road surface and soft grass verge as the suspension dug in. However, the photographs provided to GBB did not show any gouge or furrow marks and the police report did not identify damage to the road surface. 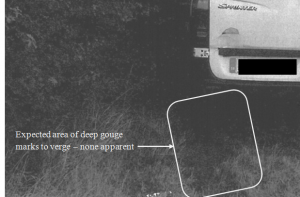 The expert concluded that there was no evidence (both vehicular and scene) to indicate that the vehicle’s front nearside wheel had come off the vehicle whilst it was travelling down the road as was reported.

Mark Cox, of Weightmans, said: “The lack of physical evidence of any damage to the road or to the vehicle formed the framework for the defence of the claim.”

The claim was heard before His Honour Judge Godsmark and he ruled in favour of the Defendant, his judgement “confirming that he was swayed by the physical evidence”.

GBB findings have led to a £70,000 claim being struck out after one of our forensic experts provided evidence that was preferred by the Judge in a recent court case.

The case was a three-car shunt collision and involved a VW, a Land Rover and a Ford, whereby the VW driver was claiming £54k in hire and £16k in storage.

The circumstances of the collision were disputed. The Defendant (Land Rover) stated that they braked behind the VW before being impacted by the Ford, which pushed them into the rear of the VW.

The Claimant (VW) reported that the rear of their vehicle was struck twice by the Land Rover.

Our forensic expert, after inspecting two of the involved vehicles and examining photographic evidence of the third, determined that the Defendant’s version was correct. 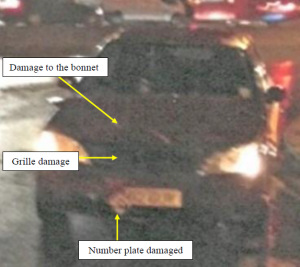 It was also found that the VW had unrelated damage to its rear.

Following our report, an assessing company was commissioned to prepare a report. This report concluded that a collision had occurred between the VW and the Land Rover but claimed that the photograph of the Ford was too low a quality to form an opinion as to the consistency of such damage with the rear of the Land Rover.

A Joint Statement was then prepared between the GBB forensic expert and the vehicle damage assessor. Despite agreeing on certain points, the assessor would not accept that damage could be seen to the front of the Ford.

In the recent court case, under cross-examination, the assessor eventually conceded that the Ford did exhibit damage and that it could have resulted from a contact with the rear of the Land Rover.

The Judge preferred the GBB evidence and that of the Defendant over the Claimant and their assessor. The claim was struck out and costs were awarded.

A GBB forensic expert has recently epitomised the importance of our work here at GBB in the insurance industry by undisputedly proving a Claimant’s version of the accident circumstances to be false.

Using expert engineering evidence and a little bit of detective work, our expert has provided a report that brought the veracity of the claims in this case into question.

The expert was asked to ascertain if the account offered by the driver was plausible and to conduct a mechanical examination of the vehicle.

According to the Claimant, he swerved to avoid an animal in the road, causing his Vauxhall to pass between two rows of conifer trees, passed a further area of hedgerows, and across some gravel and a driveway before braking to a stop on a grass verge. The vehicle then slid down the verge into a large pond. As a result, the vehicle was extensively flood damaged.

Though unusual for GBB, the expert interviewed the Claimant when he went to inspect the vehicle, and got him to sign a written account of the circumstances and confirm it to be true. This account also included the information that the main road was closed due to a fatal accident; something that the Claimant said happened on a regular basis. He also stated that he was not familiar with the alternative route (incident site), despite having lived there for three years, and that it was raining heavily at the time of the accident.

Our expert then inspected the Vauxhall and discovered some interesting points of note that threw doubt on the Claimant’s explanation of the incident. These included:

The expert also found that the vehicle’s keys had no house key or personalised fob attached as may be expected, but did have two plastic tabs attached similar to those used by the motor trade.

The Claimant stated that an animal, possibly a fox or a dog, ran into the vehicle’s path from the left and that he swerved to the left. Our expert found this to be at odds with what the natural reaction of a driver would be – to swerve away from the hazard; in this case, to the offside.

In conclusion, the GBB expert determined that “the engine was not running when it entered the water and it would appear that the vehicle was incapable of running due to a lack of engine lubricant”. The gearbox was also in ‘neutral’, despite the driver stating that it was in ‘drive’ at the time that it entered into the pond.